REASONS TO HUNT THE BEAST

1 There's a bounty on its head, and you need a(nother) castle

4 The hunters are out of prey, and the village will starve

5 There's a treasure map in its stomach

6 Roll twice, this can stack

6 Immune to Rune Magic (Arcane, if you're boring)

7 Immune to Blood Magic (Divine, if you're boring)

9 Gelid blood- if you are near it while it bleeds, you slowly freeze

10 Surprise, motherfucker; it can cast spells like a wizard

In addition to these abilities, when the Beast is reduced to a state where one more blow may kill it, it opens its eye. Choose one CLOSE person- they get a disease known only as "Rot". Rot occupies 2^(full days with Rot) DEX slots, and incurs an equivalent penalty to all STR, CON, and WIS rolls. When Rot occupies every DEX slot, it kills the host. Necrotized black flesh spreads outwards from the host's eye day by day until it consumes their body and they crumble to ash. 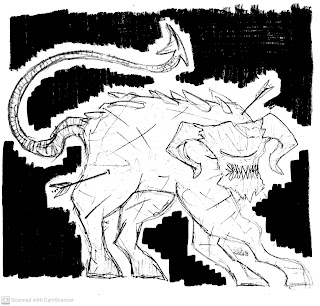 "That's... puzzling. Ever since you've returned from destroying the Beast, we have not felt the presence of the Great Mother. As such, our clerics cannot heal your Rot, and the nearest other ones are days away at least. Your only hope is going to the Cairn-upon-the-Mount, the home of the Great Mother. Perhaps you may appease her yet, and your companion's Rot be cured." 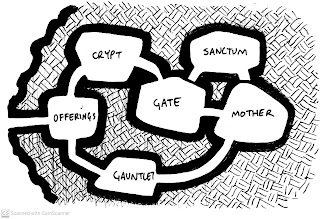 Living canon - There's a rotting carcass of an exotic animal belowdecks for the on board scavengers to snack on. - Capybara teething mar... 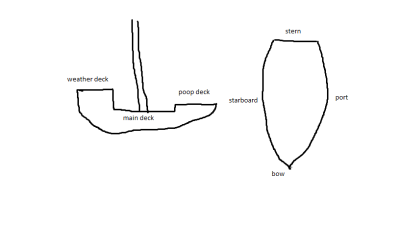